John Simmons went for the first time in the dingy poker room in Vegas on his 21st birthday, where guys were smoking and drinking.

“There’s no better feeling than putting in a wad of money in your pocket knowing you didn’t do anything to earn it,”
Says Simmons on a CBN video “There’s a lot of adrenaline that builds up in your heart. The feeling of chasing that moment is intense.” 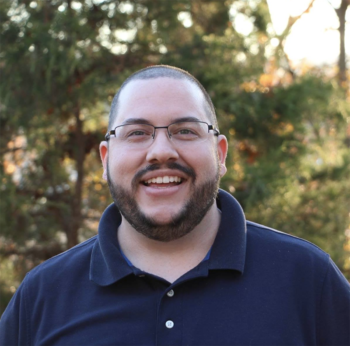 It was the beginning of a decade-long gambling addiction that saw John, from St. Louis, Missouri.

He fell into more than $200,000 of debt and suffering from depression and hopelessness.

His demise started with his birthday celebration, finally, it was legal for him to go into a casino. He went to Las Vegas.

“The guys at the tables put their sunglasses on and they’re bluffing each other,” John says.
“It’s just filling me up with all this joy and I’m like I love this.”

John decided to continue as a career in poker. He had a job as a card dealer in the casino and he earned good money. 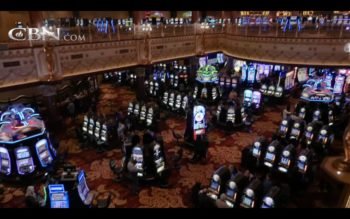 But when gambling in his free time, he tended to lose.

John was in debt for over $200,000 and had to file bankruptcy after three years at the poker table. He still had to pay some debt as part of the court settlement. So John was working overtime to scramble the money.

“In my mind, I didn’t fail. I just needed to start to find out how to fix it,”
He said.

If only I could win the next thing, none of these losses matter. I would spend my entire paycheck throughout a weekend trying to chase my debts. Most times in my wallet I had $0.

“The way of living was so awful” He adds.

“But, I couldn’t resist. I kept thinking, if I just win this one tournament, nobody will be upset any longer if I earn $1 million.”

Again at the age of 30, he was indebted to several hundreds of thousands of dollars.

Young Muslim woman once mute, but now speaks out for Jesus

He decided to survey the debris of his life.

“Eventually, I understood that everything I tried to do wasn’t working” He says. Maybe I was the problem.”

He took a part in a gambling rehab support group as a volunteer.

But after the 90s of not gambling, he still felt the urge to gamble. So he approached his sponsor.

“You’re never going to be fixed,” His sponsor told him. “You’ll have to learn how to live a day at a time or just a fifteen minutes.”

John was staggered, even though the counsel is standard rehab advice.

“This is not the kind of life I want, I remember thinking” He recalls.

“You should fix me, you should. Aren’t you going to fix me? What’s the point if I can’t get fixed?”

All hope was lost. 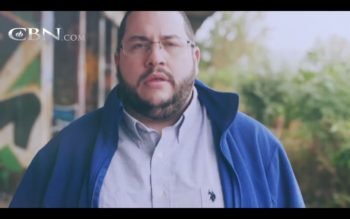 Despite ninety days without gambling, John collapsed in an eight-day binge, pawned his entire estate and lost his last penny. He was nearer the end of all.

He had only one option left, he turned to GOD. “I didn’t know who Jesus was,” He recalls “I said to god, if you’re real then I need you to show me a future and hope for my life because I just don’t have one anymore.”

“Heaven’s kingdom is upon you,” Said the father.

“That meant nothing to me. I didn’t understand those words in any way, shape or form,” He says.

But he thumbed through a Bible and read the Book of Matthew. He hit Matthew 3:2: “Repent, for the kingdom of Heaven is upon you.”

John was stunned. The very words he had heard without understanding were there written on the page of his Bible.“I was like, ‘God is real, He’s talking to me,” He says.

John cried out to God: 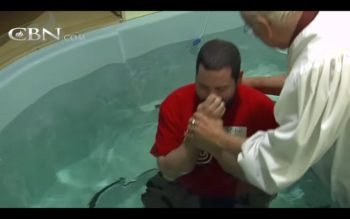 “I messed up god. I have done bad things, and I don’t want to do that stuff anymore. I need your help. I need your assistance. Forgive me I need you.”

He was born again by giving his life to Jesus Christ.

“I remember the feeling of just the weight I mean, the weight was so heavy on my shoulders that I could probably never in my whole life of that being released from me,” John says. ”I felt important, truly significant, for the first time.”

He adds, “I felt that I was important. In a long time, I hadn’t felt meaningful.”

In the Bible, he read that Jesus died for him, knowing how he was important to Christ.

“I want to live for Him if this man is willing to do for me,” Remembers him.

The closer he came to Jesus, the more his desire of gamble started to disappeared — until it completely disappeared from him.

John paid off his gambling debts in a few years. He married and had two children. 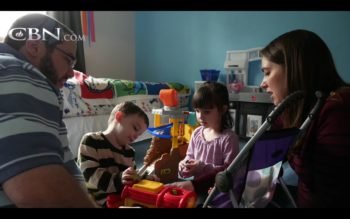 He started a weekly radio and podcast program to reach out to those fellow players.

“Is someone truly accepted with all your warts, all your struggles, every pain of yours, all your evil errors and you know what? I still died for you. I still love you, do care for you. You are vital and significant, God can change everything.”