This is an amazing example of how Jesus calls people from around the world. People being saved, baptized and treated as a true follower of Christ.

He was a Muslim who believed that Jesus was just a prophet. Nevertheless, everything changed when a tragic car accident happened to him and after dying in a car accident, he met Jesus. 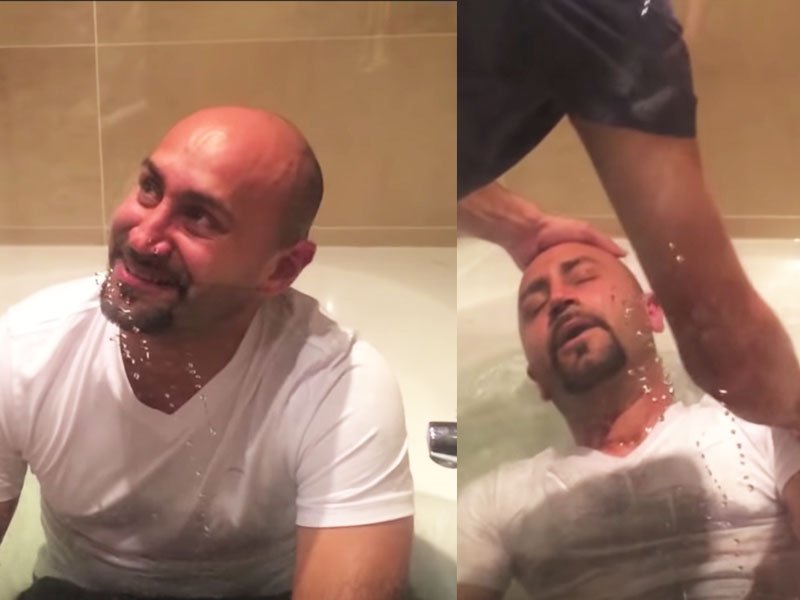 The ex-Muslim told us about his unbelievable story, which is hope for all Muslims. Jesus is the only true Messiah.

The accident occurred too quickly, and he instantly saw himself in the car.

“I don’t know how long it took, but I felt like I was seeing myself from outside my body at some point. I saw myself in the car and I saw that I had an accident,”
he recalled.

Throughout the whole time, he saw both a “something of Darkness” and a “white light.” He was scared of the black things coming to him.

While on the other hand, one bright shining light also came after him. He got the warmth and peace and he just wanted to remain in this shining light.

From bright light, he heard a voice but he did not realize it. Soon afterward, his soul returned to his body, and his eyes were reopened.

“I saw my brother next to me, he was continually crying and calling to me. It was when the bright shining light came there I was able to hear, my brother was crying for me,” he said.

THE ONE TRUE GOD:

The near-death experience has provided a desire to pursue God.

“I didn’t know Jesus was the voice that brought me life. But afterward, I got the Bible and got full advantage of Jesus’ film.”

“I was calling Allah for about 27 years, but I felt like he never spoke to me and listen to me. There was a lack of communication, but immediately when I spoke to Jesus there answers would come.”

The former Iranian Muslim man’s search for the truth led to many dreams. And in these dreams, Jesus will reveal Himself so he would understand and believe.

During his dream, Jesus showed him what happened to Him while He was still on earth. God has shown him the Resurrection and how he went back to his Father.

He showed him the scriptures that were written, Jesus was his teacher.

“It was like showing me Christ and His life in my dreams. I had something that I couldn’t understand and was very complicated and disturbing for me, God would teach me something in my vision through Jesus and I would understand,”
he said.

Then he became a follower of Christ. He left his old life and shared his new faith with his family and explained how Jesus had changed his life.

Iran is ranked 9th on Christian support organization Open Doors 2019 World Watch list of the 50 countries where being a Christian is very tough. But this does not stop the rate at which Jesus Christ is continually winning the heart of the people unto Himself.