A Muslim Boy Converted to Christian: While only a boy was growing up in a Moroccan Muslim family, Yassine began to have a repeated vision of bright light and a voice together, saying, “I am the way, the reality, and the life.” 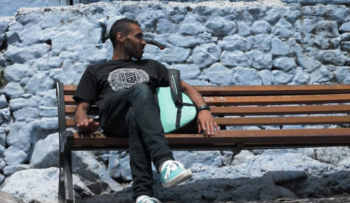 “It wasn’t an ordinary dream for me since I’d never heard the phrase before. It was from the Bible that I had no idea,” Yassine told Ride Nature, the organization for the action sports mission

Yassine’s aunt gave him a Bible and asked him, he needed to read it.

He was surprised to meet in his dreams with the same words as he began to read the Book of John. Chapter 14, he read about Jesus comforting his disciples:

“Your hearts will not be disrupted. You trust in God, trust in me, too. The house of my Father has many rooms; if that were not so, would I have told you that I am going to prepare a place for you?

And, if I go and make a place for you, I will come back and take you with me where I’m going. You know where I am going, you know the way”

Thomas said to him,
“We don’t know, GOD, where are you going, so how do we know the way?”

Jesus answered,
“I’m the truth and the way of life. No one comes to the Father except through me. If you truly know me, you will also know my father. You know him and have seen him from now on.” In response to these words, Yassine decided to find a Christian church, which is a brave step in the country where 99% are Muslims.

India: Jesus Appeared To Hundreds In The Clouds

“I went to church to learn about Christianity and Jesus. Soon afterward, I realized that Jesus was the man in my dreams.”

Through the strength of the Word and Spirit that working in his heart he gave up himself to Jesus as his Lord and Savior and was reborn.

He began to grow in Christ gradually, but soon he was facing the criticism.

“I started expressing my faith in college and sharing my new faith in Jesus. As a result, I was threatened by educators, family and even people on the street. After a while, the school principal asked me to leave.”

His decision to follow Jesus caused his family to be divided. “In my entire life I never saw my dad so angry at me,” He told. “There was no place for me in his home if I chose to follow Christ.” He left home and went to Tanzania to study with Young Life.

He was totally Converted to Christian.

“It was great to learn more about my religion and how I could share Jesus with others. I learned to work with children, to obey them and to teach them about Jesus.”

In Morocco, he works with Young Life.

“Telling Muslims about Christianity legally is very difficult. It’s a matter of establishing and maintaining relationships with them,” he says.