This unbelievable testimony by The Jesus Film Project brings hope to what seems impossible!

“We didn’t know who they were, why they came and we didn’t understand their message.” A girl named Anaya told in the Jesus Film Project interview.“They tried to help us, but we felt somehow that they were not accepted, especially by the Spirits.” 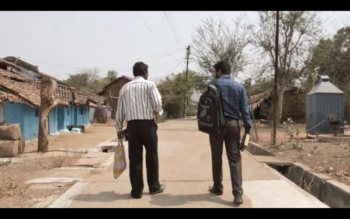 They tried to calm the evil spirits through sacrifices.

They come into our homes in the night as ghosts and as an evil spirit, terrorize us in our sleep.

Both missionaries became ill and 4 villagers died suddenly during their visit. “We felt that a great spirit was displeased because we didn’t accept them.” Anaya recounted.

After the missionaries left, a remarkable thing happened a mysterious man seen in the clouds and many people witnessed it. 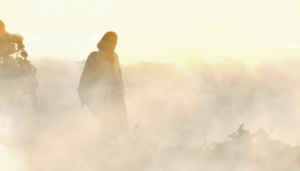 “We saw Him, hundreds of our people” Anaya reported.

“A man appeared in a flowing robe, wandering above our villages on the clouds. He walked along with the hills weeping as if He was praying.
Several people saw him wandering through the villages at night and in the daytime.
He was like nobody we’d ever seen. He was in a sense of great sadness.
Then, he was gone just as quickly as he came.”

There arrived a new team of missionaries with the JESUS film this time.

“A lot of us had never seen a thing like that,” Anaya said.

“A commotion erupted as soon as we saw him on the screen. We’ve been stunned! All were shouting.”

“It’s the man in the clouds, it’s the man. The man we watched weeping!” They cried out.

Anaya has found that Jesus has the power to control the evil spirits, like the demons that terrorized her village. 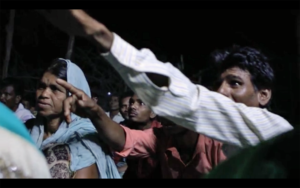 “We saw miracles happened, that healing people from their diseases. We became convinced that this man is divine. He is the Son of God.”

But after Jesus was arrested, tried, beaten and crucified, the film viewers were momentarily broken.

“How is this possible?” Anaya wondered.

“Our faith turned to fear and despair, but then we were shocked at the return of Christ to the world, completely whole and alive to give us life.”

“We were joyfully thrilled. Now we understood that he loved us and offered us salvation and eternal life.” 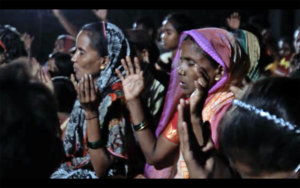 Anaya gave her life to Jesus as a Lord and Savior

Churches began to plant immediately. As a result of the film, it is expected that there are 100,000 more followers of Jesus in Bihar State

“It is like electricity flowing through the crowd when they hear the Word GOD in their heart language. Truly, ideas travel in the chariot of language.
In Bihar, 20,000 villages still have the first time to hear the gospel.”
According to the JESUS Film Project.

If you want to hear more about a relationship with God then, check this out.