Atheist to Christianity: Tao Lu was an atheist before he came to the USA to research advanced computer technology. 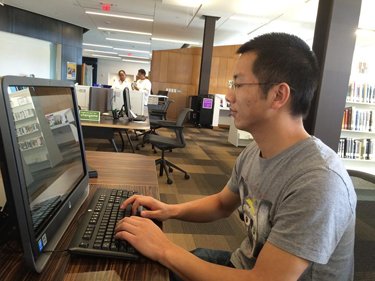 This is not abnormal,

In China, Tao grew up, while his dad taught English in a major city.

The Chinese Christian movement could grow rapidly in the midst of periodic crackdowns, but in the vast communist nation, it is still reaching hundreds of millions.

“Not only did my father not mention me the Bible but, also my English high school and college teachers never discussed it”

Tao 30, who now lives with his wife and 2-year-old daughter at the Commonwealth University of Virginia in Richmond Va.

I have never seen a Bible for the first 26 years of my life.

In one of his English textbooks, Christmas and Christianity are listed as part of the Western Festivals.”

Tao was not hostile to Christianity or any other faith; he seemed to have nothing to do with his career and life.

“Marxism is the dominant philosophy of China”

“Belief in God was beyond my understanding and even considered silly. Because I did not know that I was a sinner or that I wanted a Savior, even I did not try to please Him.”

Following his arrival in Richmond, Tao looked for a Chinese Baptist church and started to join a community of Bible discussions near the University campus – only to learn English and interact with other Chinese people.

And so he was told, that the more He read Jesus Christ’s teachings, the more He was intrigued.

The question Jesus asked in Luke 6:41

“Why do you look at the speck that is in your brother’s eye, but does not notice the log that in your own eye?” – He urged him to avoid so negatively judging others.

He was moved deeply by Christ’s teaching not to be anxious about our needs since God arrays the lilies of the field in grandeur and loves us much more.

“These teachings are not only persuasive, they are beautiful!” Tao marvels.

“The things we have heard from China are incorrect if Christianity is correct,” he said. “There are two different systems overall, Marxism and atheism.”

The other claims [Christ is Lord]

Tao studied apologetics. He looked at the disciples lives before and after the Resurrection of Christ.

The popular Chinese author who adopted faith in Christ: He read a book by Lin Yutang “From the pagan to the Christian.”

He mentioned the teachings of Jesus thoroughly and found that he agreed with them all.

He also experienced the love of God in the lives of people who had to befriended him:

A Pastor in the Richmond Church where there is a Chinese community, a Christian couple who welcomes and mentors Chinese students in the University of Virginia

Jesus appeared in the dream – Muslim boy converted to Christian

Jim Fiorelli, a Christian lawyer, volunteered to help him hone his English weekly in their textbook: the Gospel of John.

Fiorelli recalls: “He was, of course, an extremely sharp man.” He was willing to hold the truth.

There is almost no substitute for encouraging someone to read, understand and speak about the scripture.

If you can bring people into the Word and read it for themselves, the Word will speak for itself and go deep into the heart of a person”

The time had come for Tao to make a decision. He did that on June 2015.

He prayed the sinner’s prayer with his pastor friend and immediately shared the news with the couple who welcomed him and with Fiorelli, who led him through a series of lessons on the assurance of salvation.

“I realize now that it is the work of the Holy Spirit that finally helped me to follow Christ,”

It was not purely based on my rational or practical view. There’s also been the sentiment.

I knew that I was a sinner. I believed that Jesus is the Son of God, which he died for me and His blood cleansed my sins, and I accepted Jesus as my Savior.

I was confident I’ve had eternal life.”

His working life has changed significantly in the meantime. He was hungry to pray and saw the answers to his prayers. He also helped bring his wife into Christ’s faith.

Their relationship became more strong. His studies are more positive and he disciples many young Chinese people in Richmond. He has made a stronger relationship.

Tao is now a dedicated follower of God, whether he returns to China or stays in America. He tottaly turned from Atheist to Christianity.

Hundreds of thousands of more international students like him on US campuses are waiting for someone to tell them spiritual truth.

“So many here are open to being reached,” Fiorelli says. “To see people like Tao come into Christ and develop in their faith is nothing more rewarding.”